Are You a Suffering from Cancer caused by NDMA in ranitidine medicines, including Zantac ®?

Contact our team of dedicated attorneys today to learn if you may be eligible for reimbursement of medical bills and compensation for your pain and suffering.

McCallister Law Group is currently speaking to individuals who believe they may have been affected by NDMA in ranitidine medicines, including Zantac ®. Contact our team of dedicated attorneys today to learn if you may be eligible for reimbursement of medical bills and compensation for your pain and suffering.

If you have suffered complications that relate to Zantac and you required corrective surgery and/or a hospitalization due to the mesh used in your hernia repair surgery, then the attorneys at McCallister Law Group, LLC want to hear from you. With decades of experience, we can help you seek the compensation you may be entitled to for your pain and suffering, medical bills, and other expenses.

On April 1, 2020, The U.S. Food and Drug Administration announced it is requesting manufacturers withdraw all prescription and over-the-counter (OTC) ranitidine drugs from the market immediately. This is the latest step in an ongoing investigation of a contaminant known as N-Nitrosodimethylamine (NDMA) in ranitidine medications (commonly known by the brand name Zantac). The agency has determined that the impurity in some ranitidine products increases over time and when stored at higher than room temperatures and may result in consumer exposure to unacceptable levels of this impurity.

Regular use of Zantac® in the following patient populations, who also have a diagnosis of any of the above cancers may qualify you for compensation:

Pediatric exposure: 2 years or more of use

Prenatal exposure: 6 months or more of use during pregnancy

On September 13, 2019, the FDA provided notice that some ranitidine medicines, including Zantac®, contain a nitrosamine impurity (NDMA) which is a known probable human carcinogen based upon results from laboratory tests. It is also a known environmental contaminant in foods, including meats, dairy products and vegetables.

Contact McCallister Law Group today to learn if you are eligible for compensation for your Ranitidine or Zantac medicine related suffering. 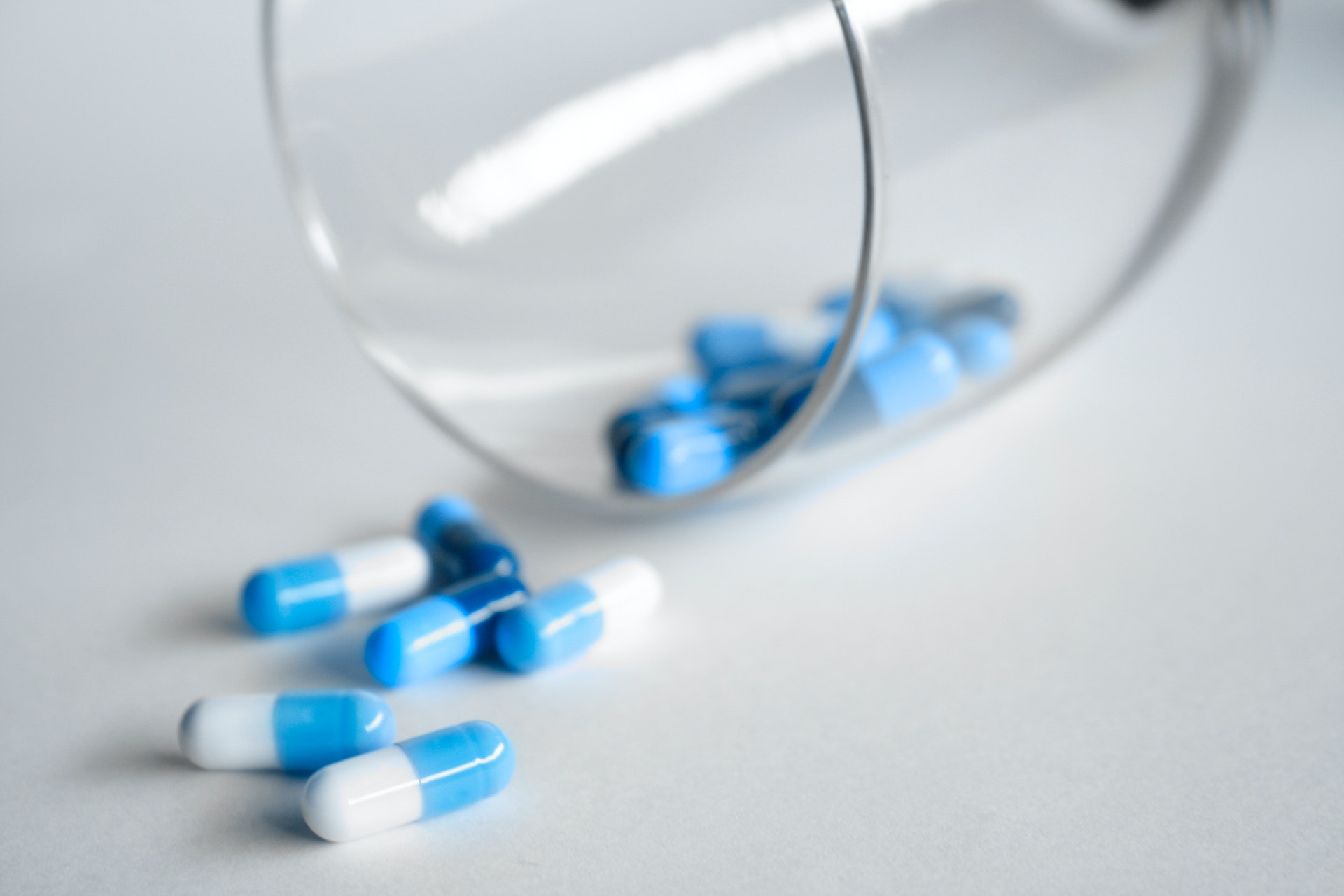 Zantac® (ranitidine) is a medication available over the counter (OTC) and by prescription to treat heartburn and other conditions. It belongs to a class of drugs known as H2 (histamine-2) blockers which are targeted to decrease the amount of acid created by the stomach. Common uses include treatment of heartburn, ulcers, GERD (“gastric reflux”) and other stomach and throat problems. Zantac® was one of the first blockbuster drugs selling over $1 billion per year. For many years, Zantac® was considered to have the highest safety profile for pregnant women and babies.

In 1977, GlaxoSmithKline (“GSK”) discovered the ranitidine molecule, and it obtained FDA approval to begin selling prescription Zantac® in 1983. By 1988, Zantac® became the world’s best-selling drug. In 1997, GSK’s patent on Zantac® expired, and generic Zantac® entered the market. In 1993, GSK and Warner-Lambert entered into a joint venture for OTC Zantac®. By 1995, Zantac® in a 75 mg dosage was approved for OTC sale. In 1998, GSK and Warner-Lambert split with Warner-Lambert maintaining the U.S. Zantac® trademark for OTC sales. In 2000, Pfizer acquired Warner-Lambert. In 2004, Pfizer received FDA approval for the OTC Zantac® dosage of 150 mg. In 2006, Boehringer Ingelheim acquired OTC Zantac® from Pfizer. In 2017, Sanofi-AS acquired the rights to Zantac® OTC distribution. Over time, there have been four main brand manufacturers of Zantac®, namely GSK, Pfizer, Boehringer Ingelheim and Sanofi.

On September 13, 2019, the FDA provided notice that some ranitidine medicines, including Zantac®, contain a nitrosamine impurity (NDMA) which is a known probable human carcinogen based upon results from laboratory tests. It is also a known environmental contaminant in foods, including meats, dairy products and vegetables.

In September 2019, large pharmacy chains such as Walgreens, Walmart, CVS and Rite Aid recalled the product.

On October 2, 2019, the FDA issued an update on testing ranitidine for NDMA due to its early testing showing findings of “unacceptable levels of NDMA in samples of ranitidine.”

The brand Zantac® was voluntarily recalled by Sanofi on October 23, 2019.

On November 1, 2019, the FDA issued an additional update releasing the results of its ranitidine testing demonstrating that multiple lots of Zantac® tested contained levels above 96 ng of NDMA per Zantac® tablet. The FDA further reported that levels of NDMA in ranitidine were similar to levels found in common foods like grilled or smoked meats.

To date, 15 ranitidine product recalls have occurred due to concerns regarding presence of NDMA starting in September 2019 and continuing through January 2020.

The global effect of these recalls is that over 41 countries have taken action from issuing warnings to citizens to recalls and complete bans.

NDMA has been known to have probable carcinogenic effects on humans dating back to 1987. This is a chemical that is used to induce cancerous tumors in animals in laboratory experiments and to manufacture rocket fuel. Dangers presented by NDMA can include the promoting of new cancers, aggravating preexisting diagnosed cancers and decrease the chance of cancer treatments being effective. These conclusions have been borne out by peer reviewed studies at well recognized institutions such as Stanford University.

Other testing has detected NDMA in excess of 3,000,000 ng per tablet when analyzing ranitidine products likely due to an inherent instability of the ranitidine molecule. Stated another way, ranitidine can react with itself at high efficiency to produce NDMA at levels well in excess of the permissible daily intake limit. Petitions with the FDA have been filed seeking broad recalls of all ranitidine products to protect the American public from further exposure to the potentially carcinogenic properties of ranitidine which are not contained within the labeling for Zantac®.

Regular use of Zantac® in the following patient populations, who also have a diagnosis of any of the above cancers may qualify you for compensation:

December 2020 – Multiple class-action lawsuits are forming across multiple states in the U.S. and the FDA has opened an ongoing investigation into NDMA levels and potential risks in Zantac and generic versions.

November 2020 – Class Action Lawsuit filed against Sanofi manufacturing. FDA requested the removal of Zantac and other ranitidine products from the market immediately.

November 9, 2020 – Veterans who were prescribed Zantac at the VA file Zantac lawsuits claiming the drug causes cancer, according to their lawyers

May 13, 2020 – 26 lawyers represent Zantac lawsuit plaintiffs in Florida as the case leads the nation for more to join, continuing on after pause from COVID-19

April 2020 – U.S. FDA asks all manufacturers to take Zantac products off the shelf due to NDMA levels

January 29, 2020 – New Zantac lawsuits are popping up everywhere as more information comes out about cancer and a long list of illnesses

January 9, 2020 – NDMA, a known carcinogen found in Zantac, can develop during storage of the drug, especially when exposed to high heat