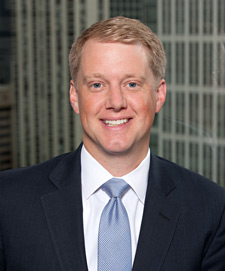 Mr. McCallister has practiced law for ten years in the City of Chicago. Previously he worked as a defense attorney at a large insurance defense firm where he defended area hospitals and physicians.  In the seven years prior to joining McCallister Law Group, Mr. McCallister worked at another plaintiff’s law firm as an associate.  In the past five years, Mr. McCallister has worked tirelessly to represent individuals who have been injured.  Mr. McCallister has distinguished himself as one of Chicago’s up and coming elite trial attorneys by taking many cases to trial.  Mr. McCallister has been identified as a “Rising Star” by Super Lawyers in 2012, 2013, 2014 and 2015.  This award is only handed out to 2.5 percent of all young lawyers under the age of 40 through the state of Illinois.

Away from work, Mr. McCallister is passionate about education and serves as the Secretary on the Board of Directors for Tutoring Chicago.  Tutoring Chicago is a non-for-profit tutoring program that provides free one-on-one tutoring to grade school students on the near North and Northwest side of Chicago.  Mr. McCallister has been a member of Tutoring Chicago’s Board of Directors for five years, a time in which the organization has undergone a rebranding and experienced exciting growth.